Every football coach has a goal in their career. For some, high school football is their calling, with the opportunity to help develop boys into young men. For others, the goal is to make it onto the staff of a college football program. Then there is the ultimate dream that crosses the mind of successful college coaches. “Can I make it in the NFL?” What does it feel like when that call comes from an NFL franchise and opens the door to that dream?

Well, one college coach received that phone call this week. Gunter Brewer, the wide receivers’ coach for the University of North Carolina, accepted an offer to become the wide receivers coach for the Super Bowl Champion Philadelphia Eagles. It was surprising news for many, as Coach Brewer had become an institution during his time at North Carolina. Everybody that came into contact with him walked away a fan of him, but also a fan of the Tar Heels. Coach Brewer was everything you want in an ambassador for your school. He loved everything about North Carolina, but this was an opportunity he couldn’t turn down. It’s an opportunity to coach at the highest level in football.

Coach Brewer took another phone call, from undertheheadset.com, and shared his thoughts on the door that opened for him this week. 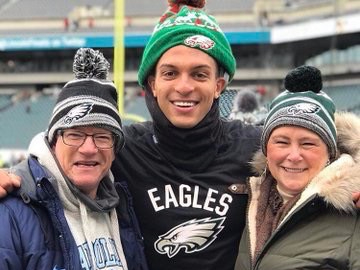 One thing that’s clear from talking with Coach Brewer is the fact that while he’s excited for his chance in the NFL, he’s grateful for every part of his coaching career and the people that helped get him here. He’s a player’s coach. He’s a coach’s coach. And he’s one of the good guys in coaching.