By now, if you’ve been following this series, it should be clear to you that the coaching life can be a challenging one to live at home. The first two parts of this series focused on marriage and being married to a coach. It focused on the adults in this world. But what about the children? What is it like to grow up in the coaching world? I started to write about what it must be like, but then I had a better idea. Why not let that story be told by somebody that actually grew up in the world of coaching? Part 3 of our series, The Life of a Coaching Family, is a letter from Sydney Fedora, the oldest daughter of North Carolina Head Coach, Larry Fedora, to her dad.

We often get asked what it’s like for our dad to be a football coach. After all these years, it’s still a tough question to answer. I think that’s because your job has been a lot more than just a job. I speak for my siblings and me when I say, college football has shaped so many parts of who we are and the structure of our lives. But still, I usually offer a shortened answer along the lines of “there are pros and cons, but I wouldn’t trade it for anything.” While that answer may be extremely oversimplified, most everything does fall under one of those three categories.

First of all, we’ve learned to really love the sport. And not just for game days but for everything in between as well. Seeing what all happens behind the scenes, day in and day out leading up to game time, has given us a different perspective and a deeper appreciation for what happens during the 60 minutes on Saturdays.

Secondly, thanks to your job, we have experienced some really unique things. I guess you could file these under “job perks.”

To begin, we’ve gotten to know some really cool people. When we were little, my sisters and I were jumping on the trampoline in our backyard with guys who would end up in the NFL. We sat around our kitchen table and ate dinner with players whose names are now known around the country. We’ve met TV personalities, musicians and even some big-time celebrities.

Next, we’ve been able to see and travel across most of the country. Our Christmas traditions are not like most other families’ traditions. The majority of our Christmases were spent on week-long vacations in cities we had never visited. Due to bowl games, by the time I was four years old, I had spent Christmas in both Hawaii and Las Vegas.

Finally, we’ve gotten to see you do some pretty cool things. We’ve watched you coach several conference championships. We’ve been there as you’ve accepted multiple awards. A few summers ago, I stood on the set of Sportscenter and watched you “go live.” We’ve seen you win tons of games and celebrated together afterwards. 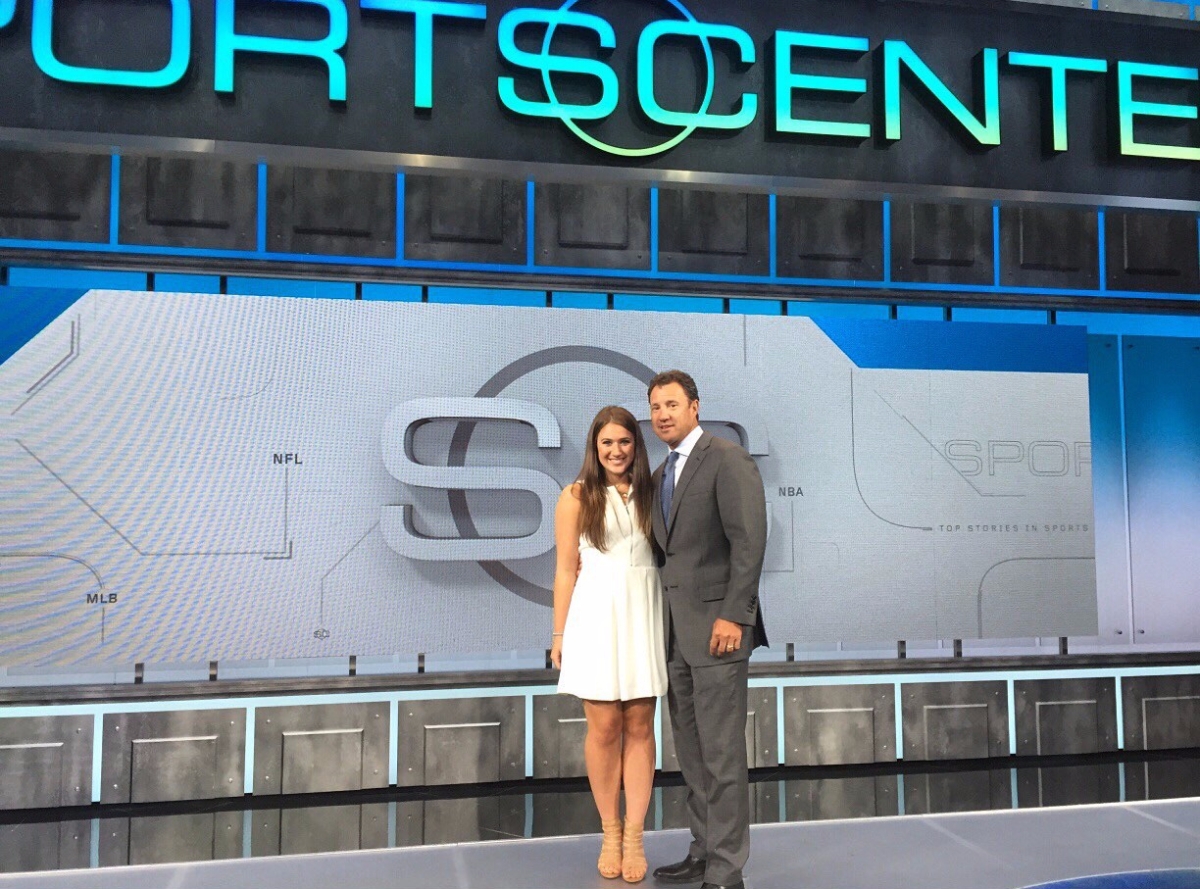 For all of the post-game celebrations, there were also silent car rides home after losses. For all of the times we got to be with you and experience cool things, there were weeks at a time we didn’t see you at all. Also, thanks to the unpredictable nature of the job, we found ourselves packing our rooms, loading the car and leaving all of our friends behind just about every three years growing up. There were times it felt like we were watching you from the outside. We saw more of you on the TV than we did during the week, or read about you online more than we talked to you on the phone.

I can’t talk about what it’s like to be a coach’s kid without giving most of the credit to mom. Your sacrifice meant her overtime. Since you weren’t able to be at most of our events as kids, it meant she went to all of them, even when they overlapped or took place back to back on the same day. From gymnastics meets to baseball practices, from church groups to basketball games, she did it all and she has continued to be there as we have gotten older. You’ve always been right about that; she is our rock.

I wouldn’t change any of the good or the bad, because both taught me so much and made me who I am. Even the “not so good” aspects had major positive impacts on all of us. Moving every few years made us an extremely close-knit family. It taught us to lean on one another when things get tough. It gave us arguably one of the best family group chats of all time. It taught us flexibility and exposed us to new cultures and different people. We had a front row seat to seeing hard work and dedication pay off, as we watched you coach through the ups and the downs. As I have gotten older, I have also enjoyed watching you coach the guys on life, not just football. I have learned some valuable second-hand lessons myself.

I’ve heard you say time and time again how much you learn about people in the face of adversity. This past season I saw that come to life. Those few months were the lowest of lows in your coaching career since I’ve been alive. Yes, you were frustrated. We all were. But, all along I never saw you give up, not even a little bit. From this I learned the importance of resilience. I saw how important this quality was in a position of leadership. Your strength and resilience was contagious with everybody in the program. I have never been prouder of you than I was this past season.

Although the memories we’ve built may not be like other families, when it comes down to it, you’re my dad and I’m your daughter. You have sacrificed so much to give us a life that’s been more exciting, unpredictable, hilarious and more full of love than we ever could have asked for. Thank you for leading us, inspiring us and coaching us through it all!

That concludes Part 3, the final part of our series. Many thanks to the Fedora family for their time and their story. Find the first two parts of this series and more here on www.undertheheadset.com.